Midtown Manhattan, or simply Midtown, is an area of Manhattan, New York City home to world-famous commercial zones such as Rockefeller Center, Broadway, and Times Square. Midtown Manhattan is the largest central business district in the world and is home to the city's tallest and most famous buildings such as the Empire State Building and Chrysler Building. Midtown, along with "Uptown" and "Downtown", is one of the three major subdivisions of Manhattan (though "Uptown" and "Downtown" can also be used as adjectives or prepositions, and can take on completely different meanings in the other boroughs, whereas the term "Midtown" cannot) and can be understood as those parts of Manhattan in neither of these two other regions - that is, all areas between 14th Street and 59th Street, from the Hudson River to the East River, about five square miles or 12 km2. The core of Midtown Manhattan is from about 31st Street to 59th Street between Third and Ninth avenues, about two square miles (this is the area most commonly referred to as "Midtown.") The "Plaza District", a term used by Manhattan real estate professionals to denote the most expensive area of midtown from a commercial real estate perspective, lies between 42nd Street and 59th Street, from Third Avenue to Seventh Avenue, about a square kilometer or half a square mile. As New York's largest central business district, Midtown Manhattan is indisputably the busiest single commercial district in the United States, and among the most intensely and diversely used pieces of real estate in the world. The great majority of New York City's skyscrapers, including its tallest hotels and apartment towers, lie within Midtown. More than 700,000 commuters work in its offices, hotels, and retail establishments; the area also hosts many tourists, visiting residents, and students. Some areas, especially Times Square and Fifth Avenue, have massive clusters of retail establishments. Sixth Avenue in Midtown holds the headquarters of three of the four major television networks, and is one of a few global centers of news and entertainment. It is also a growing center of finance, second in importance within the United States only to Downtown Manhattan's Financial District. Times Square is also the epicenter of American theatre. Midtown encompasses many neighborhoods including Hell's Kitchen and Chelsea on the West Side, and Murray Hill, Kips Bay, Turtle Bay, and Gramercy on the East Side. It is also sometimes broken into "Midtown East" and "Midtown West", or north and south as in the New York City Police Department's Midtown North and Midtown South precincts. 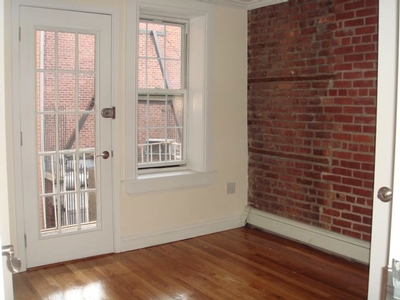